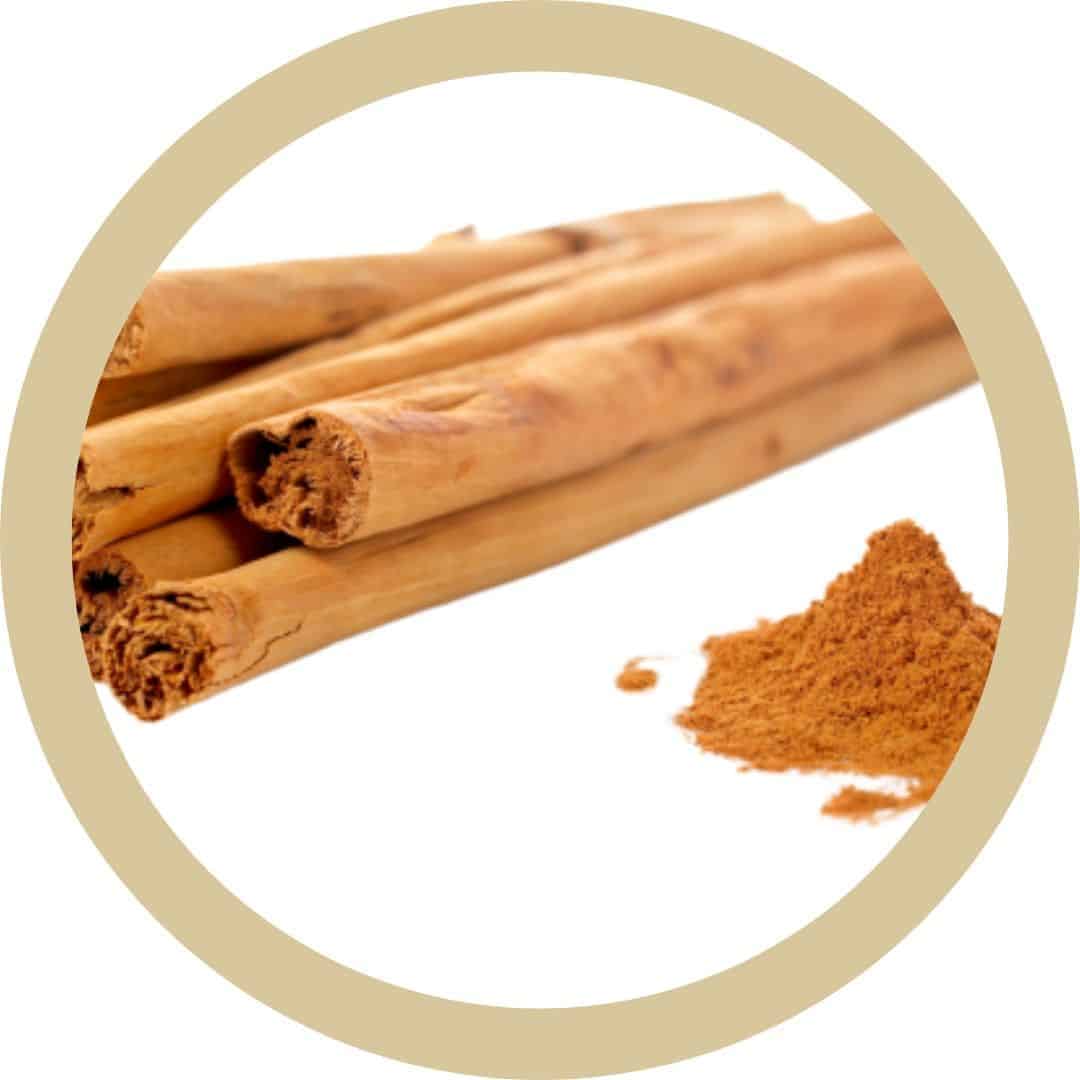 Cinnamon is a delicious spice, retrieved by cutting the stems of cinnamon trees. The bark of such trees gets rolled and after drying, it forms a roll, which we all know as the cinnamon stick. It has been recognised for its various medical benefits since Ancient Egypt and has often been used as a precious gift to the royals.

Cinnamon possesses various health-related benefits, amongst such for instance having anti-inflammatory properties and being able to improve sensitivity to insulin and help to decrease the blood sugar.

Besides being able to help affect insulin resistance, cinnamon can also decrease the amount of glucose that enters your bloodstream after having a meal. It is doing so by interacting with your digestive enzymes, which leads to a longer breakdown time of carbohydrates in your system.

In other words it helps to create a more stable blood sugar, which is what prevents craving for sugar and keeps your energy level steady.